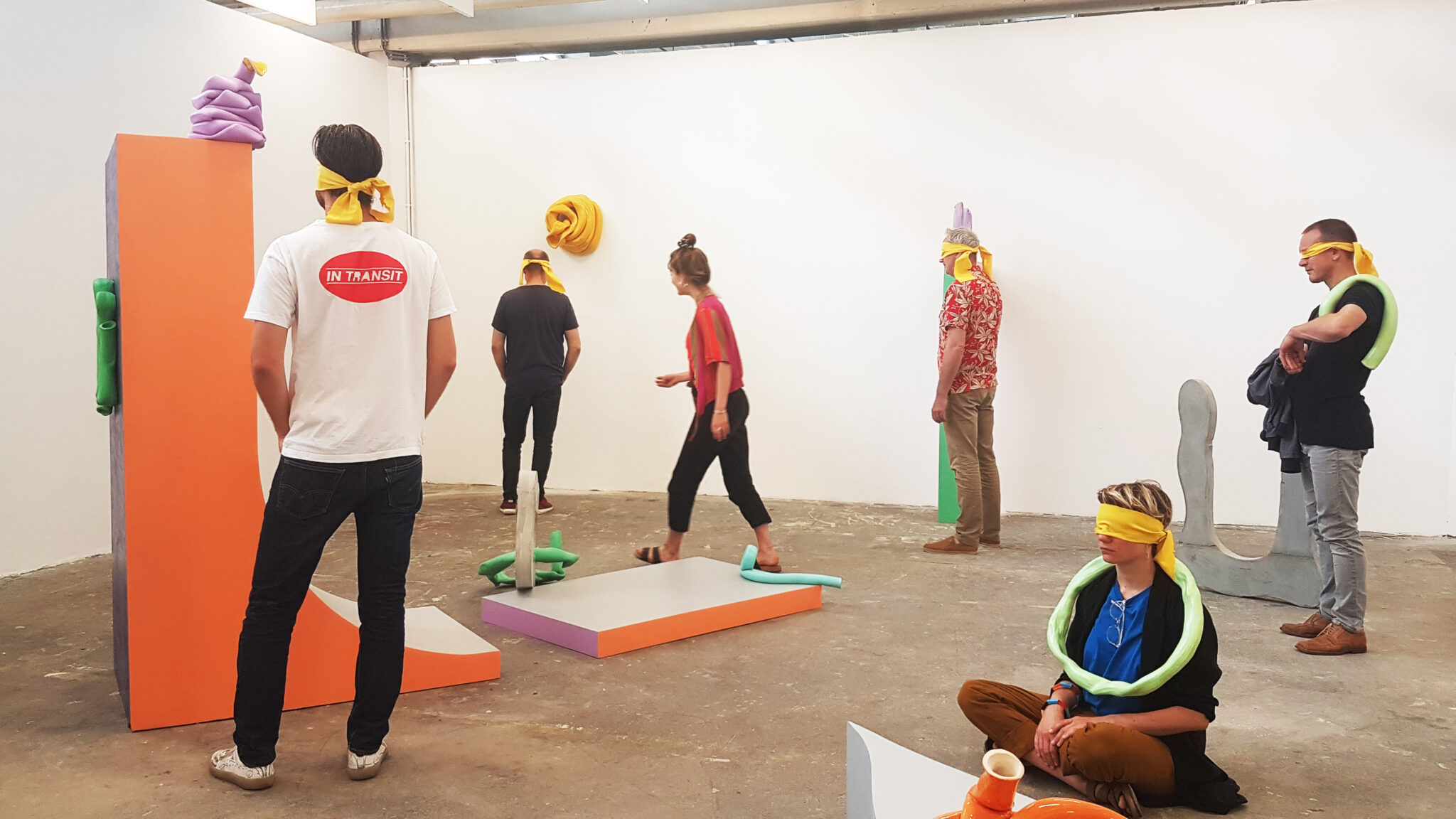 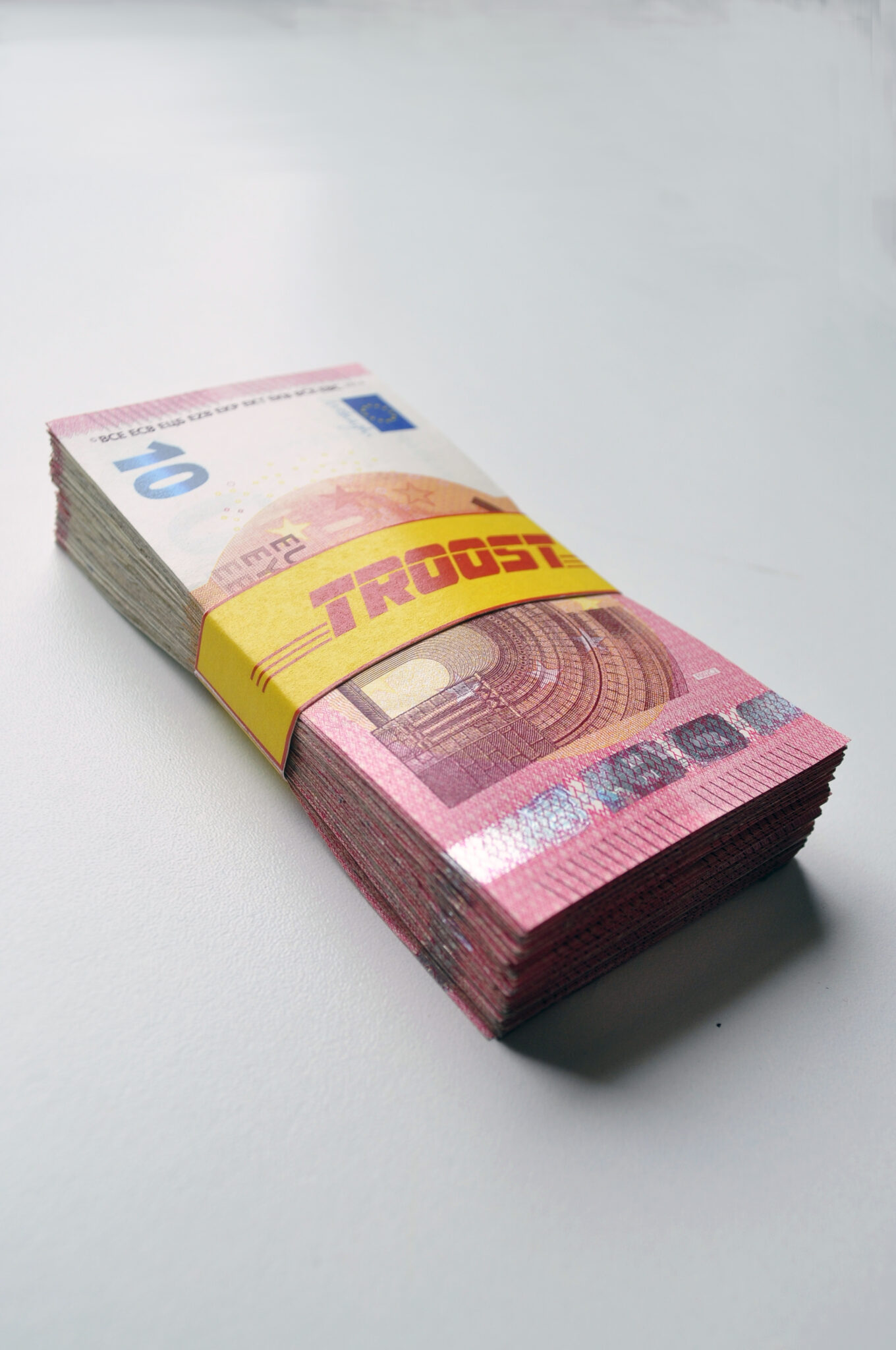 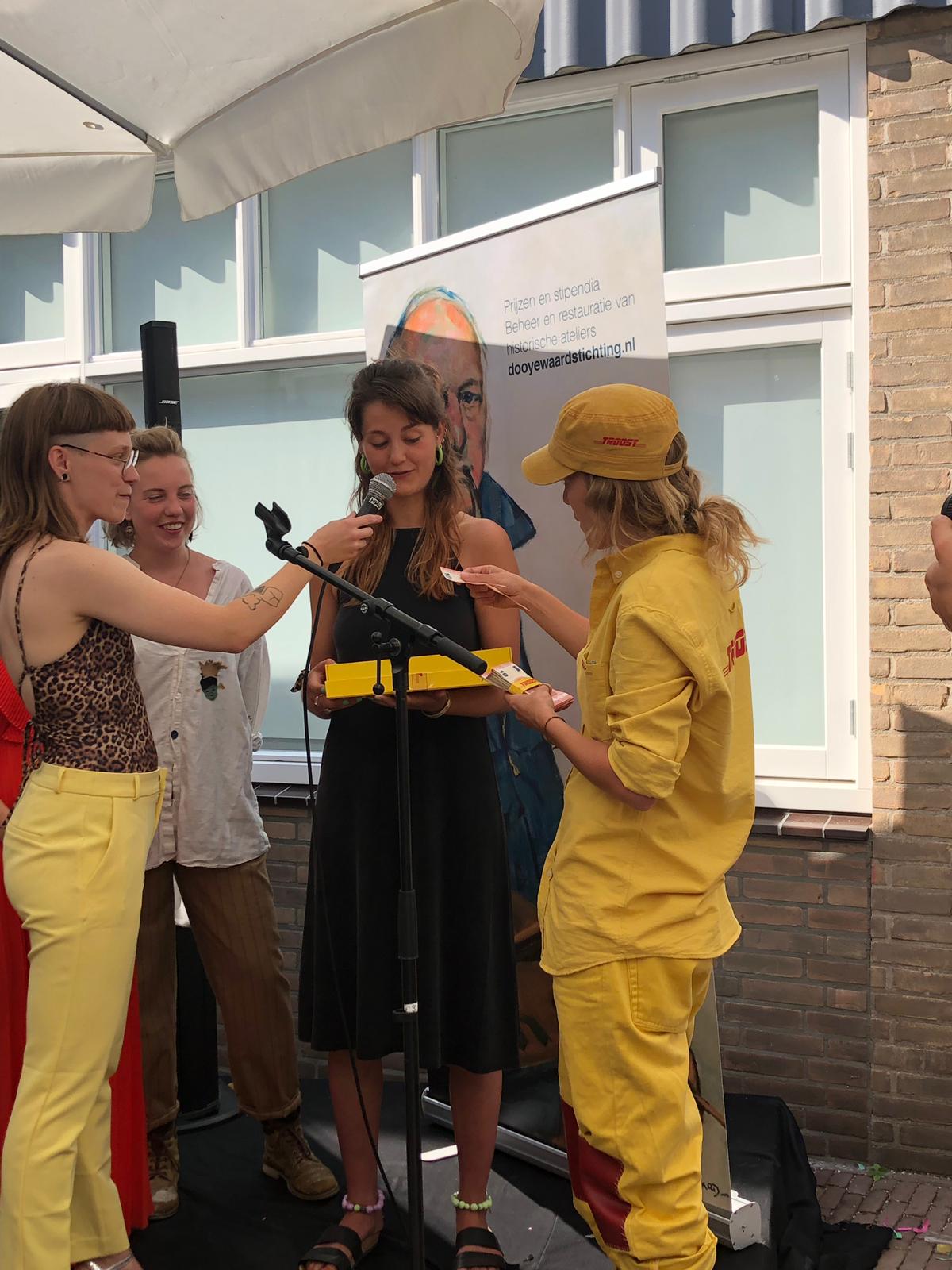 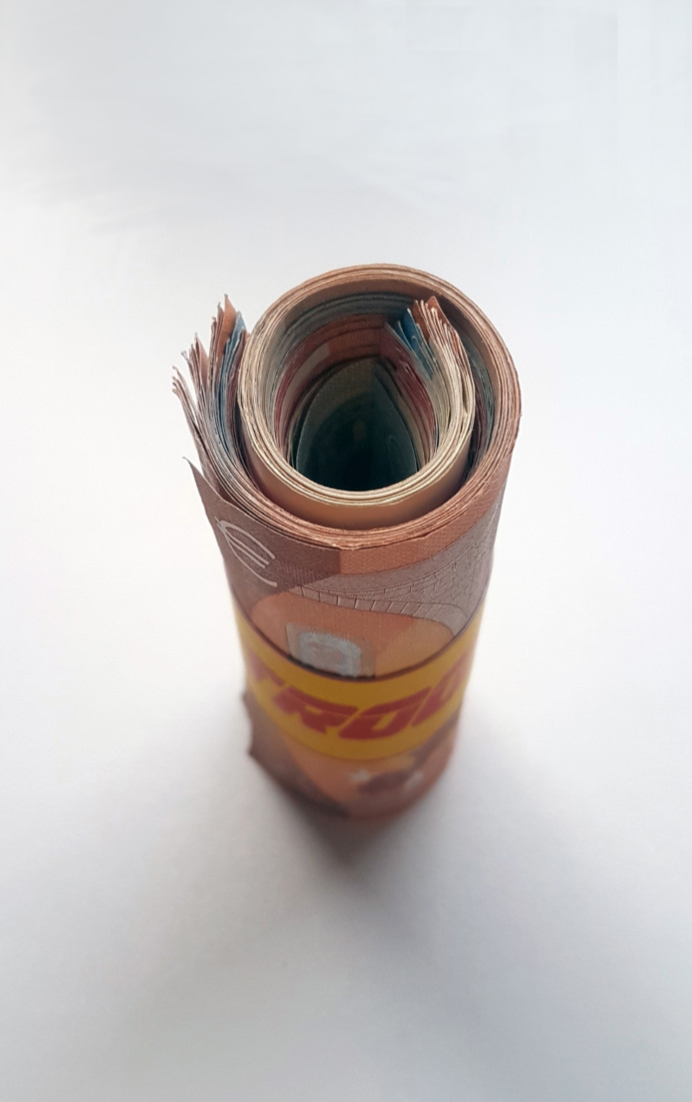 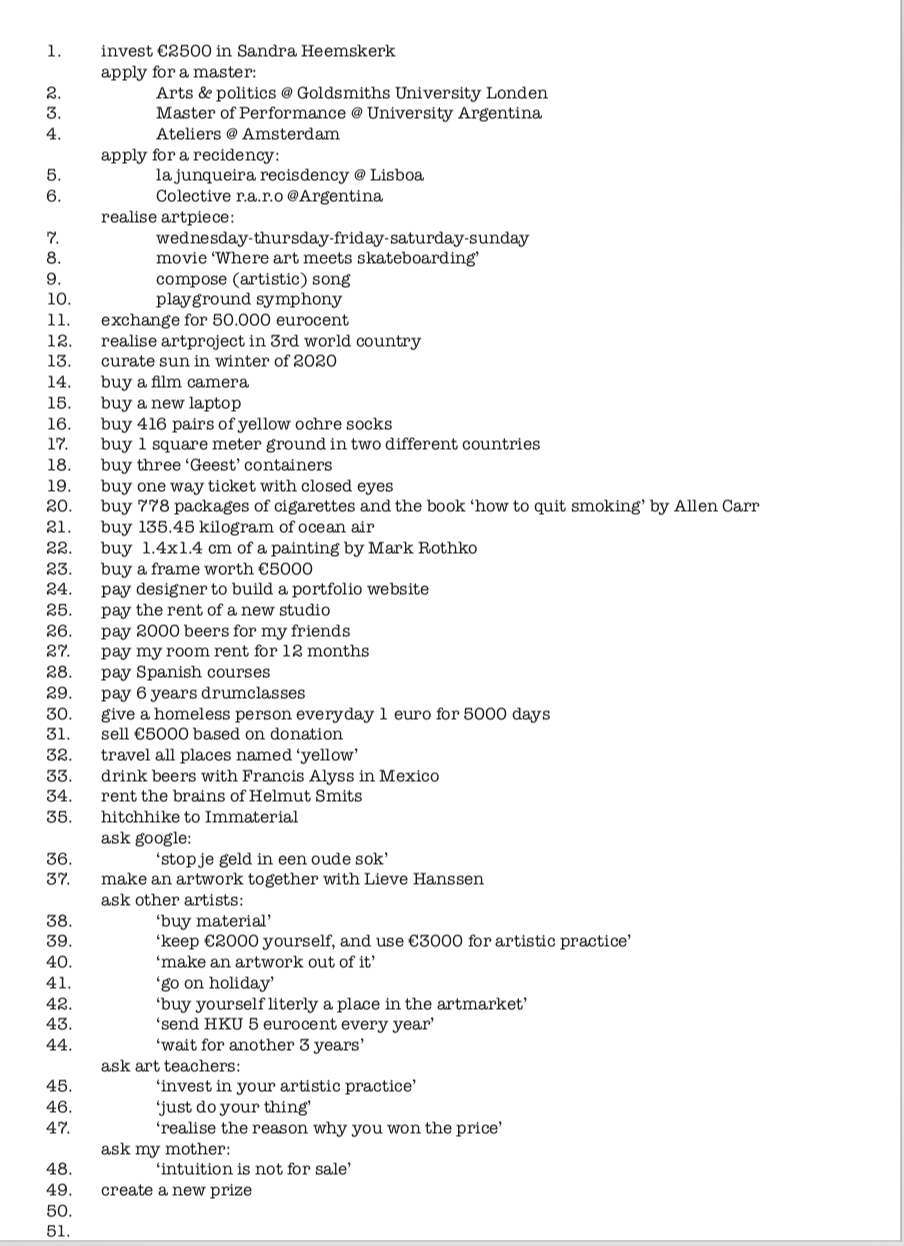 After being chosen as one of the winners of the last Jan Zumbrink prize*, Fadenka decided to view the prize money from her artist’s point of view. After considering 48 options for spending the prize money, she handed a new prize, ‘Troostprize option 49’, to the Fine Arts department of the HKU.

During the first year of this prize, Fadenka assembled four former HKU teachers and one of her colloquies of the year that she won the prize, to form a committee. Fadenka wanted to focus on the  for her, absurdity concerning committees. A committee plays the biggest part in deciding whether one artist is ‘better’ than another. Fadenka nominated students and instructed them to ‘mislead’ the committee one way or another. One example of this is that the members of the committee were led through a presentation blindfolded. She also asked the committee to communicate in a high-pitched voice. Despite these obstacles, they eventually chose a winner.

Counting out loud, Fadenka placed the prize money of one hundred €10,- notes in the hands of the winner. Experiencing money is very different when it is physically handed over to you, compared to seeing a few numbers on your bank account.

The second year of the Troostprize Fadenka decided to leave a commission out. She nominated seven students who at the time were graduating, and invited them into a room where she placed a roll of €1000,- in cash in their midst. She gave them the task of deciding what should happen with this money. Doing so, Fadenka placed the students in the position of a committee, and decided to leave the room to avoid interfering. This performance is named after the game Jungle Speed. (A card game in which a wooden totem pole stands in the middle. The players have to grab the totem pole with one hand. The player who ends up with the totem pole, wins the game.)

The seven nominated artists chose to use the budget to realise an exhibition. With this performative and social experiment Fadenka tries to raise questions surrounding the subject of competition – the battle between winner and loser. Awards and nominations usually make an artist more ‘interesting’ then their colleagues. Removing an external assessment committee during this experiment resulted in a collaboration between seven talented artists, instead of only one who excels.

↵ Back to projects
↴ Next project